Happy 1 year anniversary with no episodes to those two idiots at “Damaged Goods” (10:30)

Capitol attacks – Tucker Carlson floats conspiracy theory that the FBI planned the insurrection/NH Insurrectionist who was arrested runs for office, but isn’t sure for which one (1:06:45)

Laura Ingraham and her prejudiced comments (38:25) 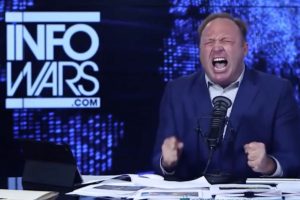